An incessant pursuit of perfection is what we strive to achieve through our amazing online collection of designer turbans, patkas and car accessories. We have the best collection of all these and the best part-The most classic and trendy collection!! You will love it.

Turban is basically termed as a headdress or headwear based on winding or wrapping cloth in different styles and trends. Wearing a turban is also traditional in the Sufi culture where it signifies religious background, high standard and nobility. This headdress, world widely, is also known as “Pag” or “Dastar” or “Pagri”. All these define the turban clothing for men as well as women, comprising a single piece of long scarf or cloth wrapping around the head with inside accessories like “Patka” or “Hat”. For wedding ceremonies or special occasions, people used to dress themselves with different stylish turbans, along with beautiful accessories like “Kalgi” or “Decorated Bead Embroidered Patch” or “Fur” or “Jewelry”.

Nobody is aware of the fact that the origin of traditional Indian headwear – Turban, is with reference to the era of 4000 years back, i.e. the time of Mesopotamia and Ancient India. Since ancient times, the turban has remained a symbol of pride, power, spirituality, courage, honour, grace, self-respect, responsibility and moral values. The turban history throughout the many parts of the world: South Asia, Central Asia, North Africa and West Africa, is different, and represents various cultural and spiritual views.

Importance of Turbans and Why Do Indians Wear Turbans?

India is the country of different religious groups like Sikh, Christian, Muslim, Hindu, Jain, Parsi, Sindhi etc. All living in various zones of the countries like Punjab, Rajasthan, Gujarat, Haryana, Uttar Pradesh, Jammu & Kashmir, have different stories of turban history and definitions. Since ancient times, turbans or dastars were associated with the Rajas, Maharajas, Sikh Gurus, Peshwas, and Islamic leaders, as a symbol of their honour, kingdom, respect and morality.

Importance of Turbans in Diffe... 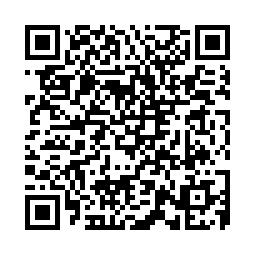